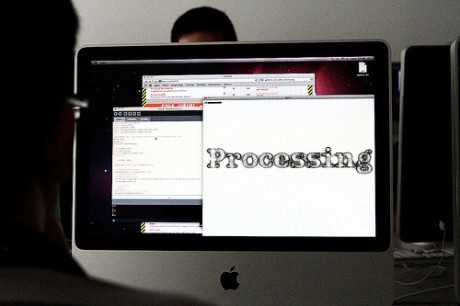 Talented and creative people, a sunny weather and a careful organization were the ingredients of the highly successful second edition of Processing Paris.

Three workshops with different levels (beginners, intermediate & masterclass) were given at La Fonderie de l’Image during two days (22nd & 23rd of April).
I had the chance to teach the intermediate class, alongside with Christian Delecluse (beginners) and Harmut Bohnacker (masterclass).

The first day was dedicated to the creation of basic classes used to manage particles with position, velocity, acceleration and mass concepts.
Particles were then gathered into Arrays and then ArrayLists to manage as many instances as one wanted. 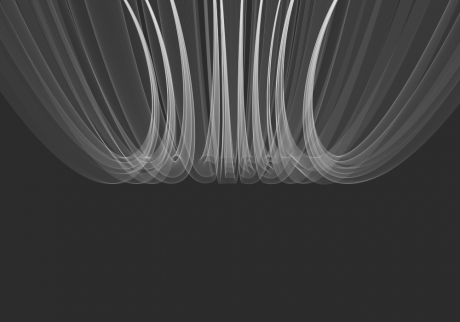 Application parametrization was shown through controlP5 library, emphasizing the relationships between user interface, data and their visual representation.

On the start of the second day, typography sketches were practiced so that one becomes more and more familiar with the concepts behind arrays of objects while trying to revisit previous particles sketches. This led to some nice visual experimentations.

Then, twitter streaming API was explored, being able to retrieve messages linked to a particular hash tag for building a dictionary of word occurrences.

First of all, the data model was assembled and refined, the main function being a messages parser, without regular expression though. Then we ended building a simple visual representation of this data model, time lacking to add some nice physics to it.