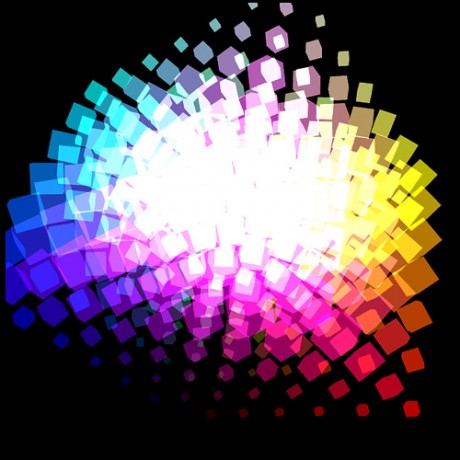 Douglas and Ricardo of the school of Art of Aix-en-Provence invited me to animate a workshop around live coding last week, using the Vision Factory platform.
*deggv was the final result of the work students did during the week and a kind of cadavre exquis de code was performed during one hour, each student relaying in front of the computer to type graphic commands.

The workshop was the opportunity to push the concept of live coding a bit further, by setting up a collaborative live coding between several computers.

The students took part in a programming session on a local server-clients network architecture. The final rendering was done on a server computer connected to a screen. The number of layers was directly related to the number of possible connected clients. Each layer was then driven by a javascript program typed on the client computer by a student and then sent to the server to be run.
For the sake of readability, the rendering was split in four equal windows but could be alpha-blended in one big layer (think of it as flattened photoshop layers).

Basic graphic OpenGL commands were explored, from drawing simple lines to more complex shapes with the use of push() & pop(). Live coding was really pedagogic there, beacause one could see for example that translate+rotate was different from rotate+translate by simply inverting a single line in the code.