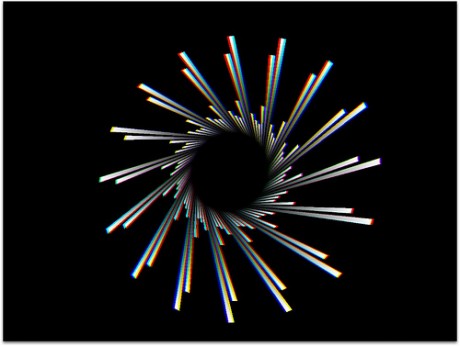 Some weeks ago I had the opportunity to project visuals during the set of my friends Tuff Wheelz @Heretic in Bordeaux, France. I developped a serie of black and white abstract patterns, all circle-based and sound reactive (very basic beat detection here)

The animations were run stand-alone during the show, with the benefit of not having to be on stage. Though, I was able to drive the transitions and some parameters thanks to an interface embedded onto my iPhone. Mrmr did a very good job there, and it was quite catchy to tap buttons according to the rythm while being watching the gig as a spectator.
I just let some of my neighbors being “vjs” themselves for some moments, they quite enjoyed it and had some fun…hopefully.